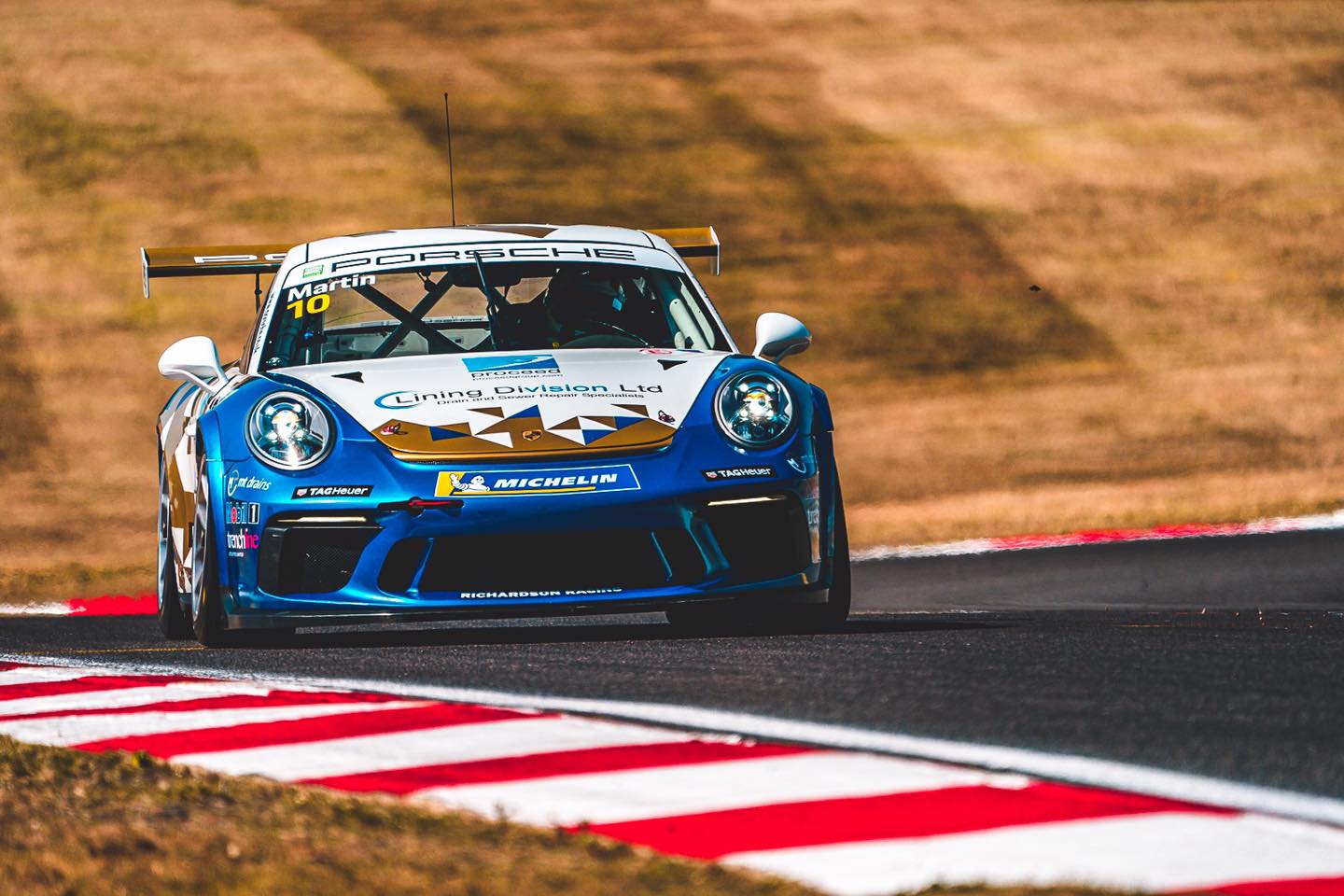 Following an impressive debut in the Porsche Carrera Cup GB, Will Martin came into his second weekend of racing feeling positive.

Incredibly hot weather, during the 30-minute qualifying session, made conditions in the cockpit exceptionally challenging, but despite this, Will was still able to give a consistent performance, securing himself P10 on the grid for Race 1.

The beginning of Race 1 didn’t go exactly to plan for Will, after accidentally stalling the Porsche on the starting grid, however, this didn’t affect his determination. We were proud to see him remain focused on the job at hand and fight his way from the back of the pack up to tenth place overall and eighth in the PRO class at the chequered flag.  A post-race amendment to the results meant that Will would start Race 2 in P9. This was a great result for the young driver, especially given the frequency of safety car periods during the race, which reduced his opportunities for making up places.

Will made a good start in the second race and managed to avoid being caught up in an accident at the first corner, allowing him to make up a few places. Now running in Seventh position, it was shaping up to be a great race for the rookie driver. Unfortunately, contact on lap four sent him into the barriers at Hawthorn Bend and Will was unable to continue on to finish the race.

He came away from the weekend having collected championship points from Race 1 and securing ninth in the PRO drivers’ standings.

We are greatly looking forward to supporting him at his next event at Oulton Park, 22-23 August.

A detailed account of the action from Brands Hatch can be found in the official press release.