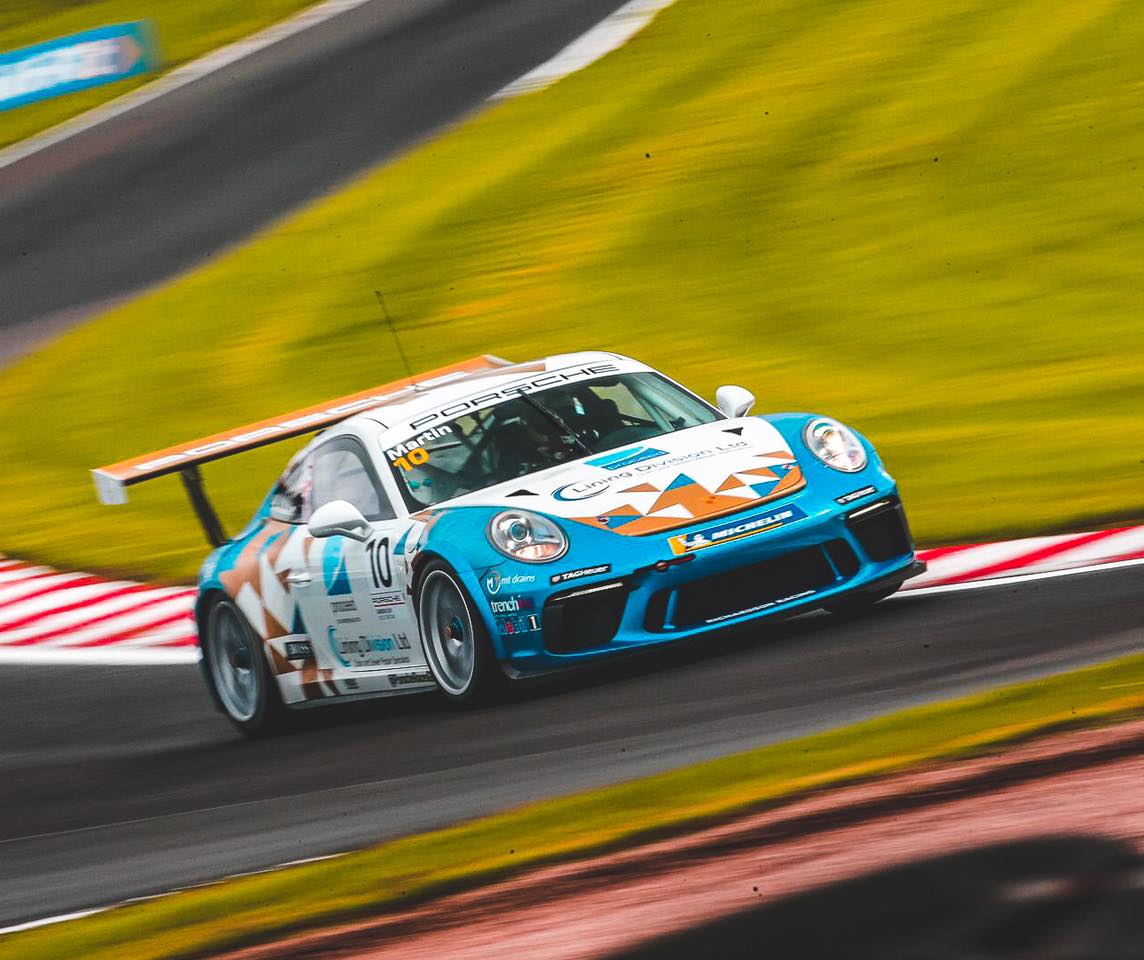 Following a well deserved week of rest, our driver, Will Martin, was back on track this weekend for the third round of his maiden season in the Porsche Carrera Cup, at Oulton Park.

Wet and slippery conditions on track, at the beginning of qualifying, meant a cautious start to the race weekend. As always, Will maintained his composure and as the track began to dry out he was able to produce consistent times. This combined with grid penalties for two of this competitors, saw him complete qualifying in P8 on the grid.

Will’s great start to race one, saw him achieve P7 very early on. Although a small mistake, a few laps from the chequered flag, resulted in him dropping back to his starting position, he demonstrated strong defensive ability, keeping his fellow competitor at bay for a significant proportion of the race.

Race two began with another strong start. Unfortunately, Will experienced a set back, a number of laps later, that resulted in him losing some ground. As always, we were impressed by his resilience and focus as he confidently fought his way back through the pack to complete the race in eighth overall.

Will leaves Oulton Park having scored points in both of his races and in ninth place in the PRO drivers standings.

We look forward to another action packed weekend of racing at Knockhill (29/30 August).

A detailed account of the action from Oulton Park can be found in the official press release.